The Rise of Spirit

Since I started teaching Ethics, my mind started boggling to understand the meaning of life. During this awkward (in the eyes of many of us) journey of exploring the ‘SELF’, I came up with the idea, being shared here under:

The idea of writing this article came into my mind while I was engaged in a discussion with one of my friends Mr. Yousuf Ali Mehmood on the life, death, spirit, soul and body. I am putting my thoughts herein for your critical inputs.

In mathematics, when we want to draw graphs in two dimension, we draw X and Y axis. On X-axis, we have independent variables and on Y-axis we have dependent variables. X-axis is drawn horizontally, whereas the Y-axis rises vertically up. 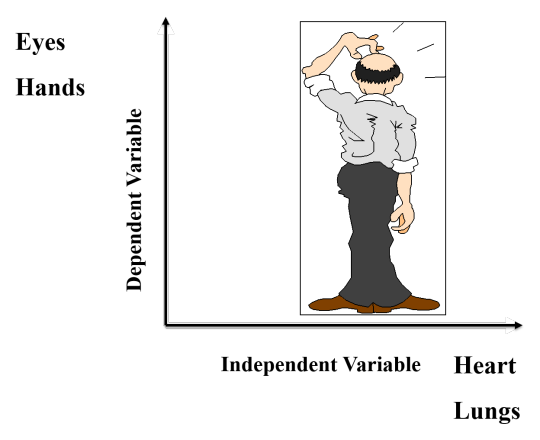 If I manage to use those body parts, which are dependent on my actions, effectively, I am bound to rise.

Our age is dependent on time and as such we can put it on X-axis and our mental capability, which is very much dependent on us, can be placed on Y-axis. So, as we keep making use of our abstract mind to explore the world around, we can see what is otherwise invisible to our naked eyes.

Previously, all the jobs advertised, demanded people with high IQ. Various researches have now revealed that people with high IQ fail miserably in their professional career, whereas people with low IQ but high EQ, excel in organizations. That is one of the reasons why, people from the lower tier of organization are promoted to higher level only after having gone through soft skills training, wherein they are trained for maintaining a balance between IQ and EQ.

Research has also shown that, while making decisions, men think rationally and females think emotionally. All the living beings are created in pairs, so are humans. The wedlock of man and woman is like marriage of rational (IQ) and emotional (EQ) thinking, the outcome is SQ (a new born baby is as pure as spirit).

If this model is applied on the management model where there are three tiers of management i.e. operational, tactical and strategic management. We will have the following model for understanding the significance of IQ, EQ and SQ.

The teacher of Iman Abu Hanifa, Imam Jaffer-e-Sadiq, progeny of Prophet Muhammad (PBUH), has said in one of his sermons; A child’s age should be divided into three stages for the sake of his moral development, to make him/her a responsible citizen.

The reason for various treatments in these ages is elaborated as under:

When a child is born, he is exploring the world, so we need to give him full freedom to understand the world his own way. From the age of 7 until 14 he is going through physical transition, and at this premature age, his chances of getting involved in bad habits are very high. So we need to treat him as slave so that we can make him understand the intricacies of life the right way. From the age of 14 until 21, we need to treat him as advisor, because by remaining under severe suppression during his adolescence period, he has lost his self confidence and now is the time to help him regain his lost confidence so that when he goes into the society, he would be a perfect citizen because he has got the right kind of training until the age of 21 years. This may have been the reason that age of adult franchise used to be 21.

Now again applying this theory in the context of communication.

Any information is first considered to be data and applying it on the age of a child, during his early days into life everything is data for him. When he gets into the second phase of his life, this data is converted into information. After adolescence, he is now in a position to understand and relate information with his real life situations. So this information is now transformed into knowledge. When the child has gone through this rigorous training cycle of playing with data to convert it into information and then making relationships to make sense out of this information to convert it into knowledge makes him get ready to change the world through his wisdom. This wisdom coupled with his vision for life would develop his SQ.

Now if we apply all these concepts on the Management Model given above, we can see that if an ethically trained individual takes charge of an organization, he would change the whole organization into a socially responsible corporate giant, as Ethics has a boomerang effect.

Another aspect worth noting is that we have been made dependent in all aspects of our life and this dependency shows that if we work as a team we are bound to rise organizationally and spiritually.

There are still a lot of concepts intertwined within the article which need to be researched.

Continued in the next blog titled Chessboard of Life.